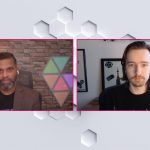 OPA, or Open Policy Agent, is one of the most popular open-source tools for administrators to have fine-grained control for their cloud-native environment. The project was created by Styra and contributed to CNCF. The project recently graduated from CNCF to join matured projects like Kubernetes. Torin Sandall, VP of Open Source at Styra, sat down with Swapnil Bhartiya, CEO of TFiR and host of video interviews at Linux.com, to talk about the significance of graduation for a project like OPA which is already being used in production, the importance of OPA in the cloud-native world and what are some of the most exciting use-cases of the project.